It was hailed as one of the world’s greatest engineering feats of its day and helped transform the health of citizens across the central belt.

Opened by Queen Victoria on October 14, 1859, the original Katrine Aqueduct was an integral part of the loch that has been the primary water reservoir for much of the city of Glasgow and its surrounding areas, serving more than 1.3m people.

The Loch Katrine system – now made up of two aqueducts that are 25 and 23 miles in length from the loch to treatment works north of Glasgow, provides about 110 million gallons of water a day.

Now a £20m upgrade to the original Victorian aqueduct has been unveiled – and the great-granddaughter of the man who helped build the megastructure has welcomed the development.

The original Loch Katrine Water Works scheme was an ambitious project that saw hundreds of Victorian workmen blast and bore their way through the mountainsides to help bring an end to lethal waterborne diseases such as cholera.

Until the early 1800s the city’s main water supply was a collection of ancient public wells, the River Clyde and streams.

The quality of water from these sources was dubious.

Pictures of the pioneers who helped build the pipeline. Source: Scottish Water

One 1848 report, now in the City Archives, states that ‘fluids’ from the sewers were likely to be flowing into at least two old wells, and lists other wells including those at George Street, Glassford Street and St Vincent Street, as ‘impure’.

The quantity of water was also far from sufficient for the needs of the city’s growing population and industry, or for fighting any fires.

From 1807 several private water companies attempted to solve the issue but failed mostly due to financial reasons.

The tragic 1848 outbreak of cholera intensified the demand for a better water supply.

Eventually in 1852 Glasgow Corporation decided to take over and appointed English civil engineer John Frederick Bateman, who was just then becoming known for his work with water supply, to look into possible solutions.

His solution was to use Loch Katrine.

The first Katrine aqueduct was built in 1855 and completed four years later tunnels through mountainous terrain in the shadow of Ben Lomond and bridges over river valleys.

Construction on the second aqueduct and tunnel started in 1885 and was finished in 1901 to accommodate the rapid expansion of Glasgow – then dubbed “the second city of the Empire”. The entire scheme cost £3.2m to build – the equivalent of about £320m today – and was opened by Queen Victoria.

Together they take water from Loch Katrine and use gravity, with no need for pumping, to transport it to Milngavie and Balmore Water Treatment Works north of Glasgow.

After learning about the aqueduct on a television documentary, Aileen Kerr contacted Scottish Water and revealed that her great-grandfather, James Savage, was one of the 3,000 workers who built it.

Mr Savage was an Irish farm servant working in Dumfriesshire who moved to Milngavie between 1881 and 1890 and worked on the second aqueduct until 1901.

Ms Kerr, from Troon in South Ayrshire, said: “It was amazing how the aqueduct was built without the sort of equipment and safety precautions we would have nowadays.

“The fact that it is still operational is a testament to everyone involved in its construction, including my great-grandfather, and it’s good to hear of the completion of this recent improvement work by Scottish Water to enable the aqueduct to continue to provide so many people with water.”

Scottish Water’s refurbishment was carried out by a team of around 35 workers over the past two years, with a three-month break due to the Covid-19 pandemic.

A total of 17 miles of tunnel sections had concrete and masonry repairs and 10 bridge sections underwent masonry and metalwork repairs.

The water treatment facilities supplied by the aqueduct treat about 550m litres of water every day.

David Wilkinson, Scottish Water’s senior project manager, said the refurbishment will “help maintain the legacy of our Victorian forefathers” who built the aqueduct.

He added: “All of the team feel privileged to have been involved in such a unique project. We all felt a degree of responsibility for making sure that the full scope of remedial work was delivered, and that it was done to the high standards set by the Victorian engineers.”

One of the most challenging parts of the new project, which was carried out for Scottish Water by contractors George Leslie, was work to stabilise exposed rock sections, during which the project team used an unusual technique that involved drilling into the rock, inserting steel anchor bolts up to two metres long, attaching steel mesh reinforcements and then spraying concrete until structural integrity was established.

Complex drilling rigs had to be set up within the tunnels to install the stabilising rock anchors.

The entire length of the ‘new’ and ‘old’ aqueducts were closed at different times during the project. But, through the use of cross-connections in our system and by pumping water from elsewhere on our network, Scottish Water was able to maintain normal water supplies to customers.

Sturgeon’s declaration of Arbroath: ‘For as long as there are 100 genders of us, we will never submit to English rule’ 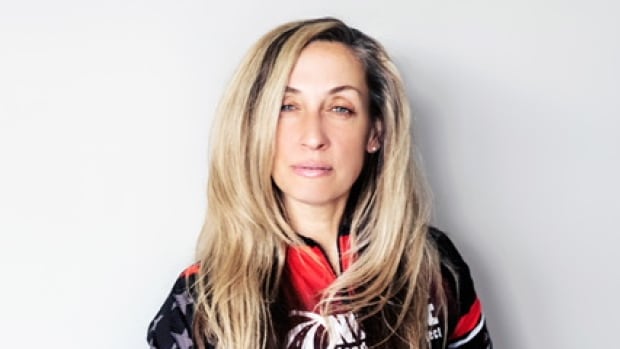 This Woodstock, Ont. athlete is training for 5,000 km race across U.S. | CBC News